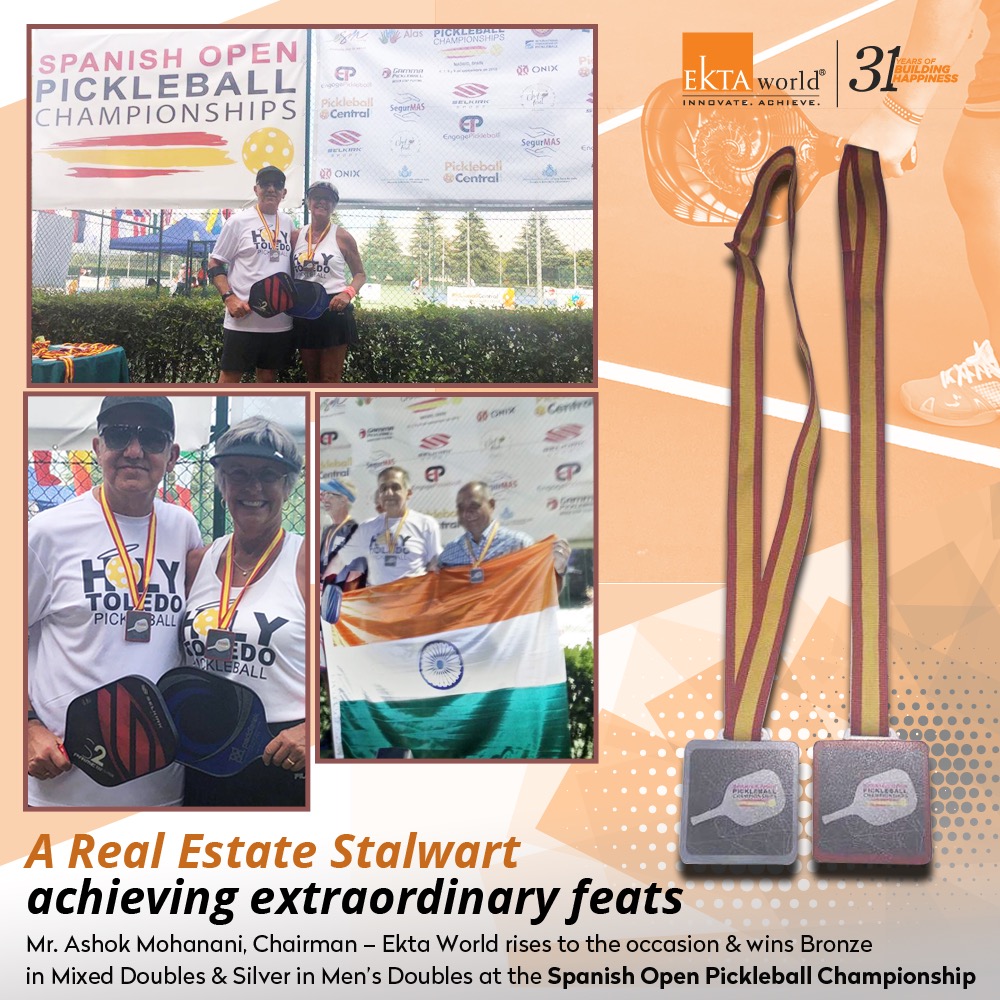 Every person, who pursues any kind of sports is not born with a talent, they have to work hard to achieve their goal. Constant effort is the key for excellence, and this statement was proved right by Ekta World’s Chairman, Mr. Ashok Mohanani. At a recent sporting event, he showcased a steering determination that helped him bag medals and applause. He applies the same tactic in every space where his presence is required. At the real estate playground, he has already achieved a marvellous feat and displayed a brilliant form at the Spanish Open Pickleball Championship, where he won silver in Men’s Doubles and bronze in Mixed Doubles. It was truly a spectacular event that got the best out of him.

Ashok Mohanani was a joy to watch at the event because it was clearly visible from his form that he was not at the event just to enjoy, but also perform to excel. His partner too was in great form and throughout the game, they boosted each other’s morale. The Spanish Open Pickleball Championship was an amazing event where people exhibited great skill set.

His company Ekta World with its real estate projects has always brought something new to the table. They follow two key principles, which are innovation and passion. The company has constructed many projects in BKC, Virar, Pune and Dahisar, all of which are endowed with state-of-the-art luxuries and amenities that make for a comfortable living. His philosophy is simple, he wants to give the best experience to homebuyers and that’s what sets his company apart from the rest. With each project, an innovation is brought to life and that surfaces in the construction of the project. Ekta World projects speak for itself. Hence, the reputation they’ve made for themselves over the years is praiseworthy.